Pierre Jérôme and Stéphane Bette founded SpineGuard in 2009 with the idea of delivering the clinical benefits of the DSG® (Dynamic Surgical Guidance) technology to as many patients as possible. SpineGuard’s primary goal is to establish the DSG technology as a standard of care to SECURE AND STREAMLINE SKELETAL IMPLANT PLACEMENT for the benefit of patients, surgeons, operating room staff, healthcare providers and SpineGuard’s shareholders.

DSG is a powerful radiation-free real time sensing technology platform that was co-invented by Professor Ciaran Bolger, MD PhD, Maurice Bourlion, PhD, and Alain Vanquaethem. The PediGuard devices, which incorporate the DSG Technology, were the first handheld devices capable of alerting surgeons in real time of potential vertebral cortical wall breaches. DSG is based on the local measurement of electrical conductivity of tissues in real time without X-ray imaging, with a sensor located at the tip of the drilling instrument. Its efficacy was proven by more than 90,000 surgeries across the globe and 21 scientific publications. SpineGuard has entered in 2017 a collaboration with ISIR for the application of DSG to surgical robots and the enhancement of their safety, accuracy, and autonomy.

SpineGuard’s mission is to help surgeons MAKE SPINE SURGERY SAFER while deploying and driving adoption of smart devices derived from its DSG platform for spine surgery and other skeletal applications in partnership with innovative medical device companies.

A dedicated, cohesive and international team with an ambitious vision, a clear mission, financial discipline and a well-defined roadmap towards the future. SpineGuard’s corporate headquarters are located in Vincennes, near Paris, France. The company also has an office in Boulder, Colorado, USA focused on sales and marketing to support the technology and the products in the US market. SpineGuard is listed on Euronext-Growth Paris (ALSGD) since 2013.

SpineGuard is committed to a CSR (Corporate Social Responsibility) approach with the voluntary involvement of the whole team and the supervision of its Board of Directors. An assessment is in process with the EcoVadis organization in order to structure this approach and fine-tuned our roadmap based on actions already initiated.

Quality is at the heart of SpineGuard’s expertise. We are proud to maintain and continuously improve a quality system that complies with international standards, such as ISO13485, 21 CFR Part 820 in the USA, MHLW Order No. 169 as amended by MHLW Order No. 87/2014 in JAPAN, or RDC 16 and Ordinance 384 in Brazil.
Today our products are registered in more than 30 countries worldwide, in addition to being CE marked and approved by the Food and Drug Administration (FDA). 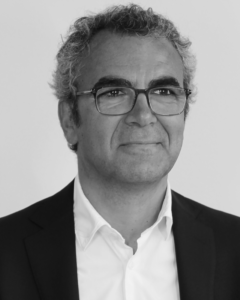 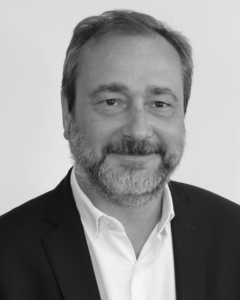 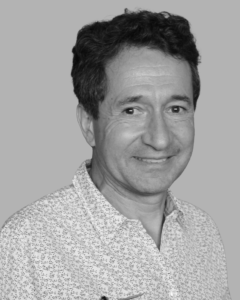 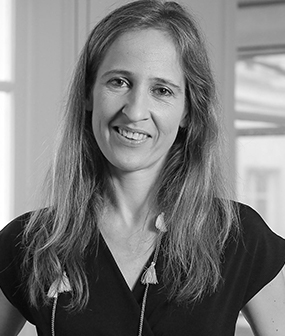 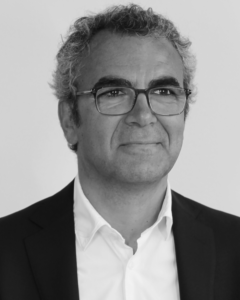 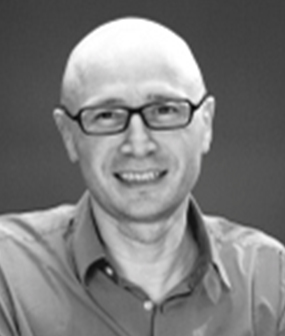 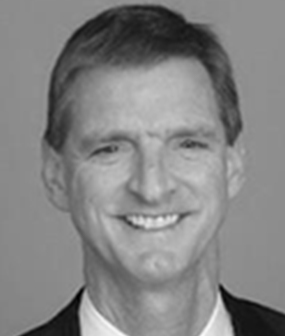 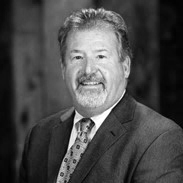 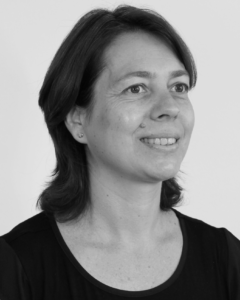 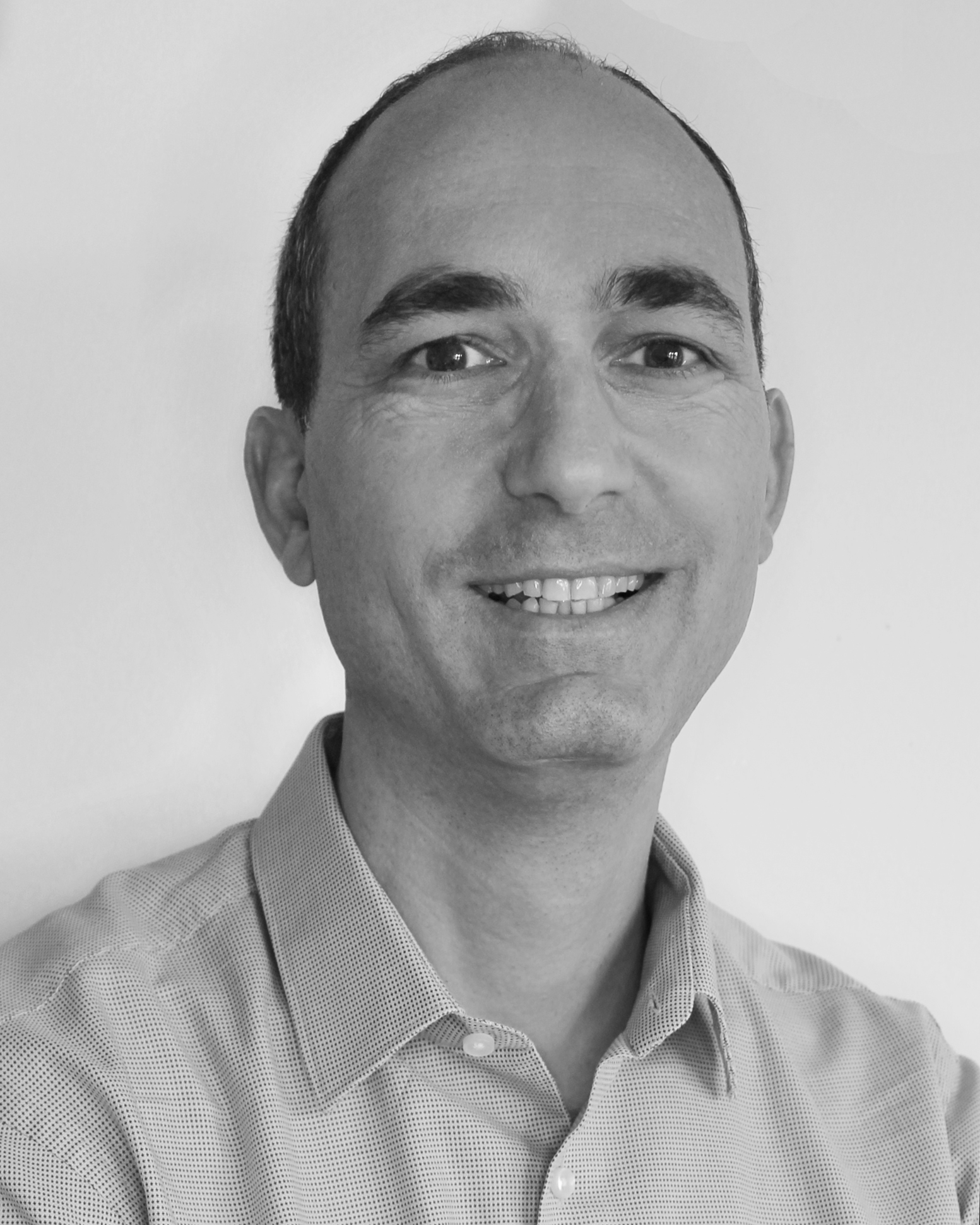 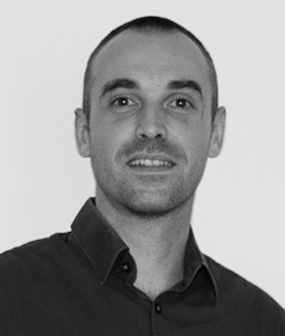 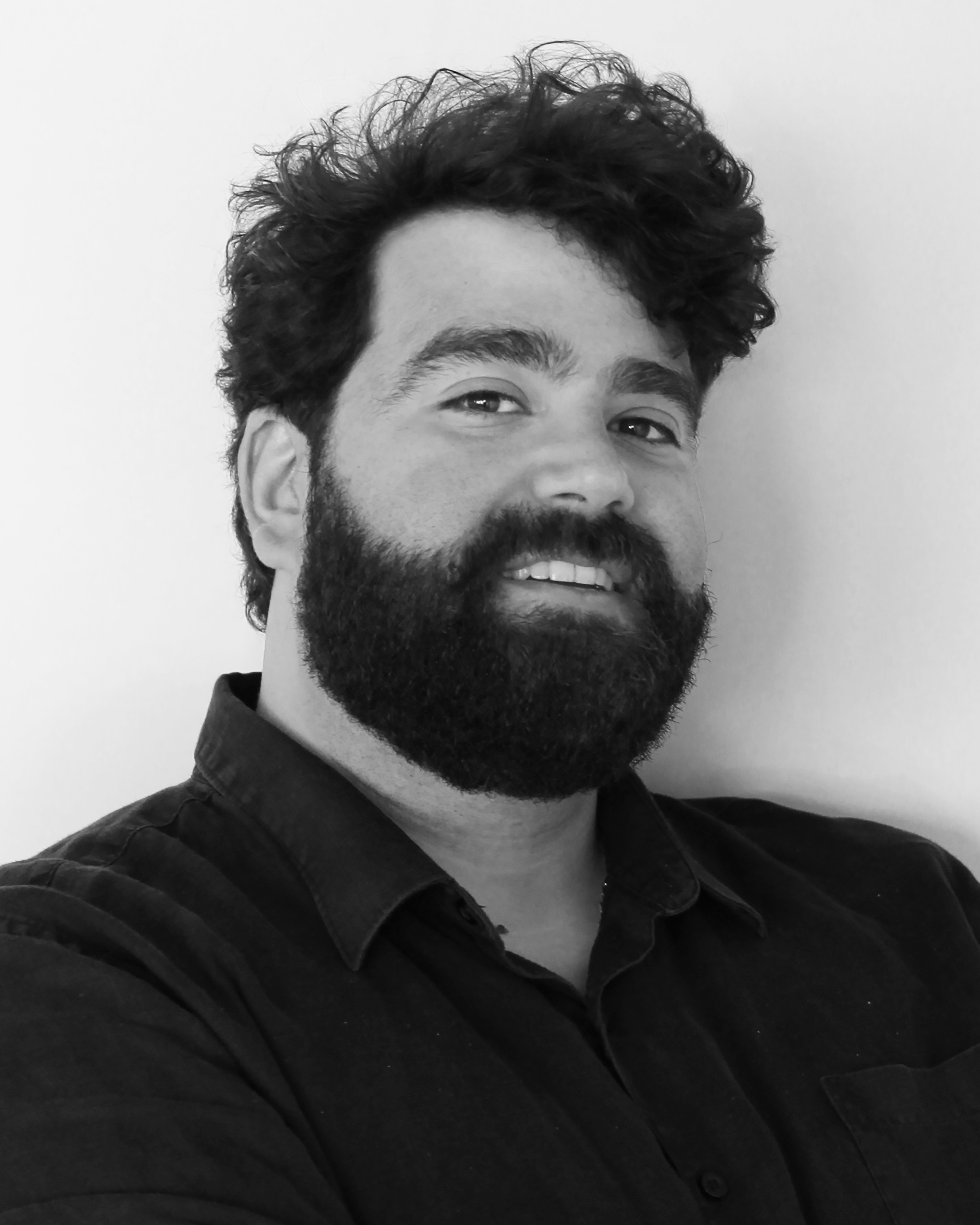 SpineGuard’s headquarter is in Paris and its US subsidiary is in Boulder (Colorado, US). 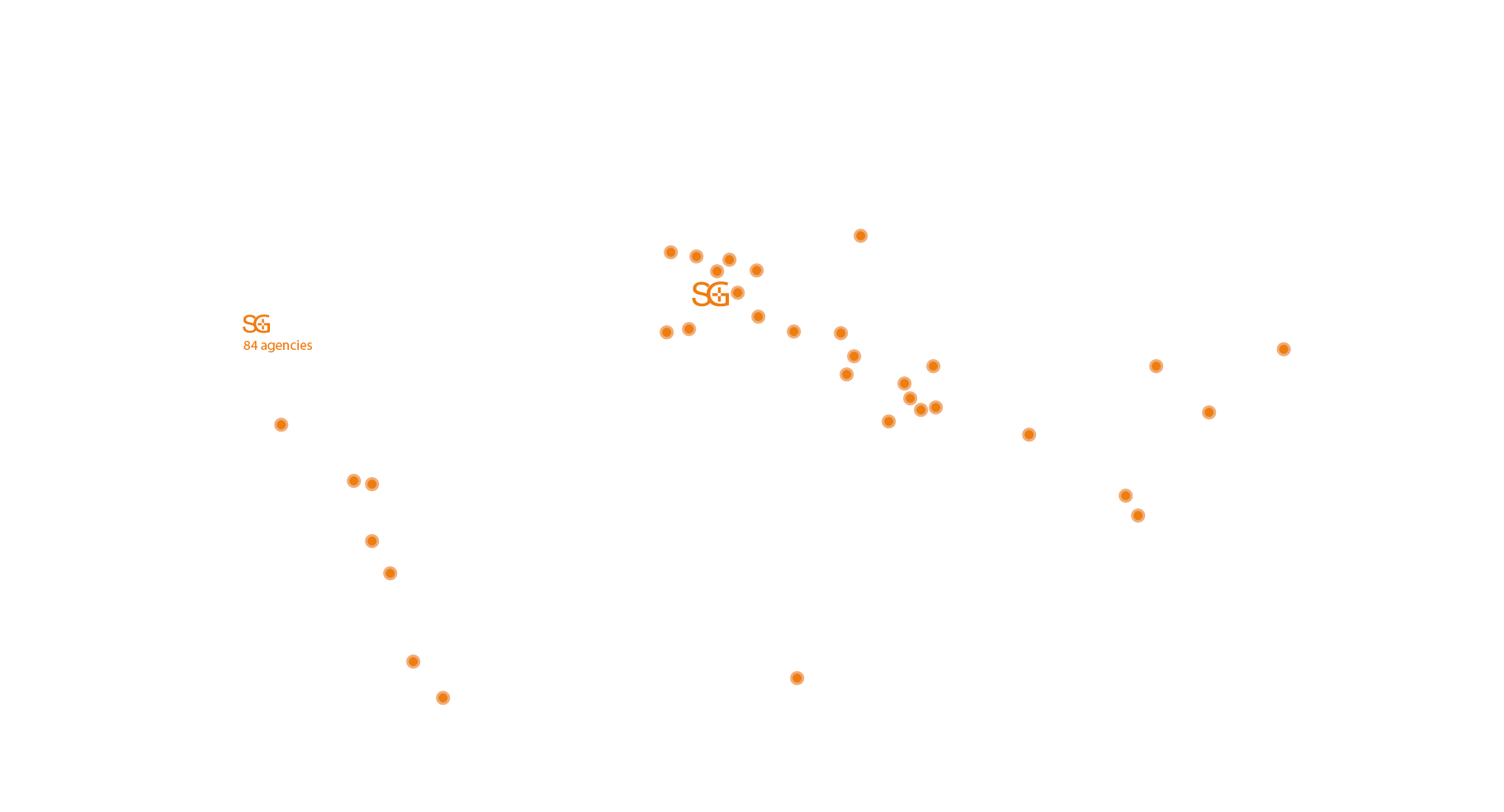 Join our team to make surgery safer with us! 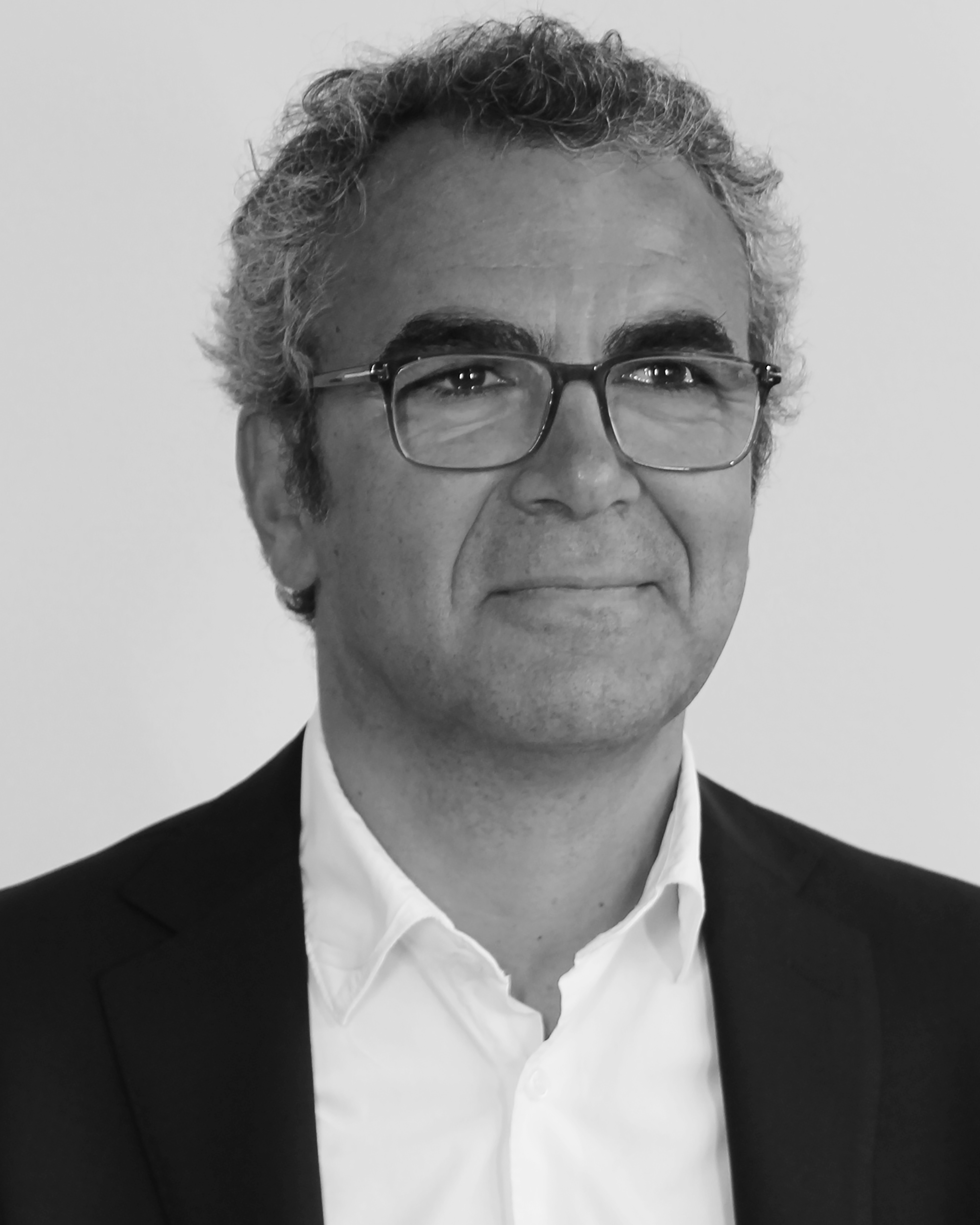 Pierre Jérôme founded SpineGuard with Stéphane Bette in January 2009, he is a seasoned executive with over 25 years of international experience in the Med Tech industry.

Prior to founding SpineGuard, he served as Vice President Sales & Marketing for SpineVision, a venture capital backed company developing and marketing innovative spinal implants. From 1997 to 2005, he assumed a broad spectrum of executive roles (sales, marketing and business development) with Boston Scientific in both the US and Europe for its Urology, Peripheral Vascular and Oncology divisions.
He started his Med Tech career with Sofamor Danek, a pioneering Spine company which has since been integrated by Medtronic, today’s Spine leader. While at Sofamor Danek, he held several international marketing positions including European Marketing Director.

Pierre Jérôme obtained a Master degree in Business from the INSEEC School of Management, Bordeaux, France. 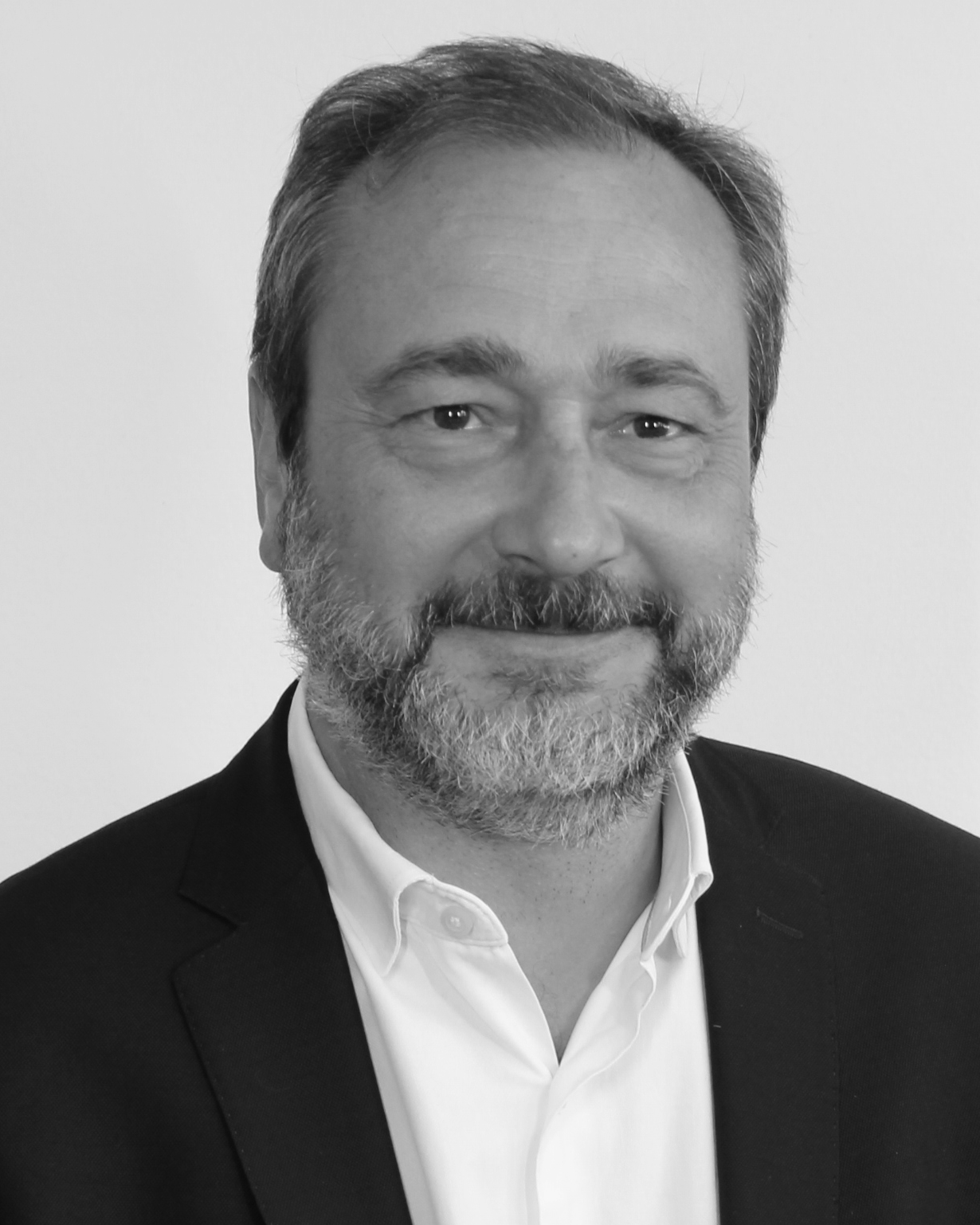 Stéphane Bette brings more than 23 years of R&D and general management experience in the Spine industry, 13 spent in the United States.

Prior to founding SpineGuard, Stéphane Bette was a member of the foundational team of SpineVision, a privately-owned international company focused on the development and marketing of spinal devices, where he served for 10 years at various positions of increasing responsibilities from R&D Project Management to VP of R&D and finally US General Manager. Stéphane Bette began his career in 1996 as R&D Project Manager with Sofamor Danek, a pioneering spine company which has since been integrated by Medtronic, today’s spine leader, where he developed a scoliosis system.

Stéphane Bette received a Master degree in Mechanical Engineering from ENSAM, France and a Post-graduate Degree in Biomechanics from LBM in Paris, France. 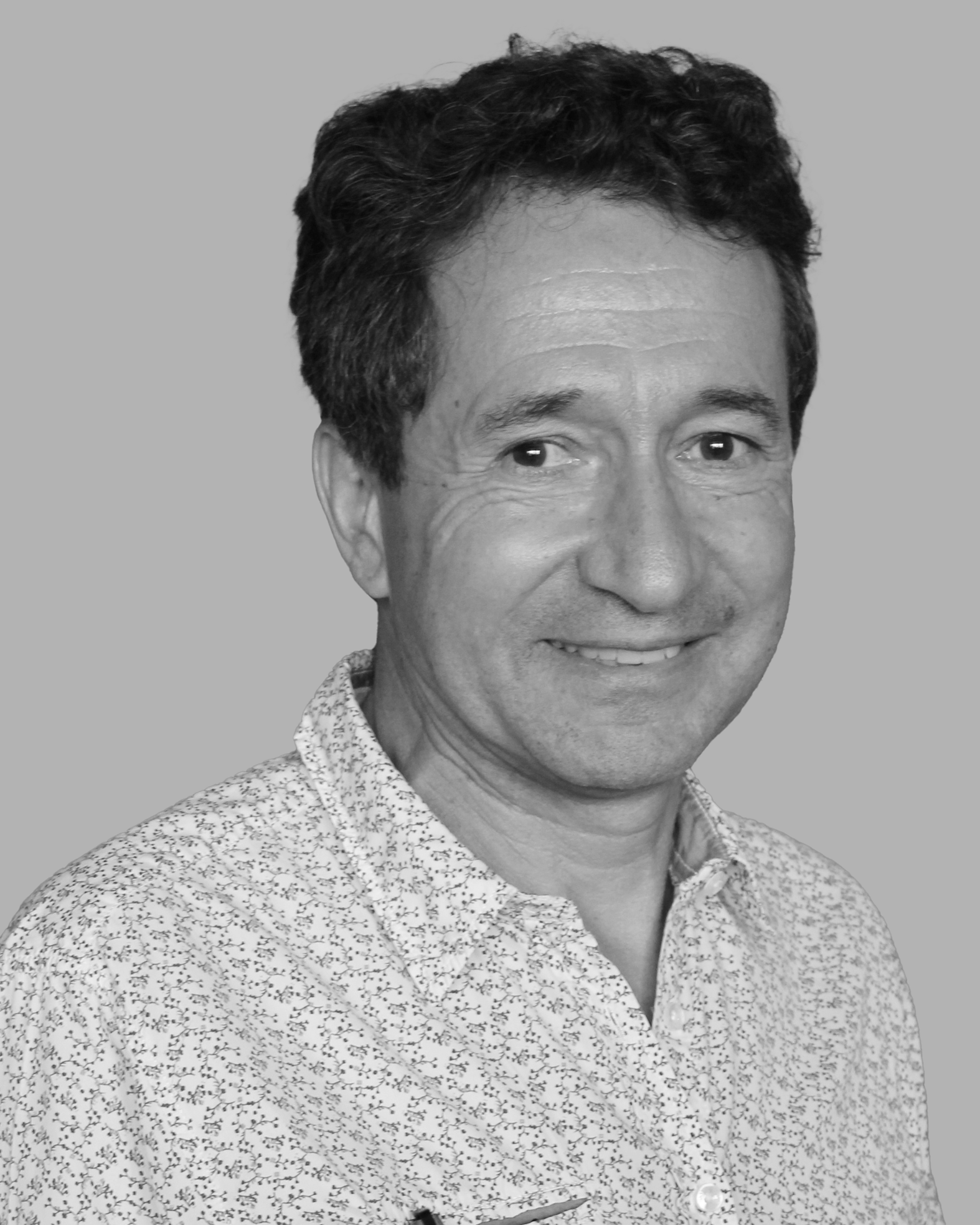 Maurice is a Director at the Board of SpineGuard and a member of its Scientific Advisory Board. He acts also as an independent advisor for the funding of oncology projects, in non-profit organizations. Maurice is also a Member of the External Advisory Board on the FAROS European project (Robotic Surgery).

Previously, Maurice was a Professor at Jean Monnet University in Saint Etienne (France) where he lectured Business Intelligence, and Executive Vice President at SpineVision® group and General Manager of its North American subsidiary based in San Francisco (California, USA). Besides his broad international experience of market development of High-Tech products, Maurice’s scientific expertise includes ultrasounds and electrophysiology and is recognized worldwide.

As Business Development Director at Medtronic, he also successfully launched incontinence pacing products and sleep disorders devices in Europe. Prior to that, he was involved in the international development and the successful launch of Extracorporeal Shockwave Lithotripters (ESWL) of Technomed International group where he held several positions. Maurice started his career in the research group of Dowell Schlumberger.

Maurice Bourlion holds a biomedical engineering degree from Ecole Nationale Supérieure d’Electronique et de ses Applications (ENSEA) and a University Degree in Electronics. He is a Certified Professor at the college of electrical engineering and computer science. He is also a member of the New York Academy of Sciences and the author of dozens of scientific publications and listed as an inventor of over 20 patent families.

Alexia Perouse received her education and degrees in Neurosciences and Management. She has worked for over 20 years in the development of public and private healthcare innovative companies.

She started her career at Chiron Vaccines then at Parteurop to support health-tech start-ups with their strategy and business development activities. In 1999, she joined Sofinnova Partners at their private equity and venture capital division. In 2005, she moved to Crédit Agricole Private Equity that, in 2012, became the venture capital branch of Omnes Capital. As a partner, Alexia led the venture capital division with a portfolio of over € 330m and deployed the healthcare investments and started the Medtech and Digital Health portfolios.

In 2015, Alexia co-found and became CEO at iBionext, the first specialized Healthtech studio in France backed by a growth fund allowing to support with ambitious goals the deployment of her companies from creation to exit.

Alexia invested in more than fifteen start-ups with an active role in their governance bodies (audit committee, compensation committee or strategy committee). She was involved in ten mergers, acquisitions and IPOs. She currently sits at four board of directors of unlisted companies (biotech, medtech and digital health).

Manuel Lanfossi has over 30 years of experience in various corporate financial functions. After beginning his career as an auditor with Deloitte, he held operational functions such as controller and CFO in various industries including poultry genetics, packaging and automotive. His experience also includes over 20 years in the medical device sector (Dade –Behring, ev3 and SpineGuard). Manuel also held corporate functions within ASSA ABLOY (locking solutions) and SEALY (mattresses), where he was in charge responsible for mergers and acquisitions and divestures in his roles as EMEA CFO and Vice President Strategic Planning Europe.

A French – Italian binational, Manuel joined SpineGuard in April 2011. He is a graduate of EM Normandie and speaks fluent French, English, Italian and Spanish.

Patrick Pilcher has had a 30+ year career in a variety of medical device/technology roles to prepare and equip as VP Sales and Marketing at SpineGuard.  Expertise and business ideology tied to devices were forged early on at Danek/SDG (from start-up to acquisition by MDT).  He has demonstrated a diverse and successful record of sales/business development accomplishments as he moved onward into corporate roles while developing lifelong contacts and relationships specifically within the neuro-spine and orthobiologic space. 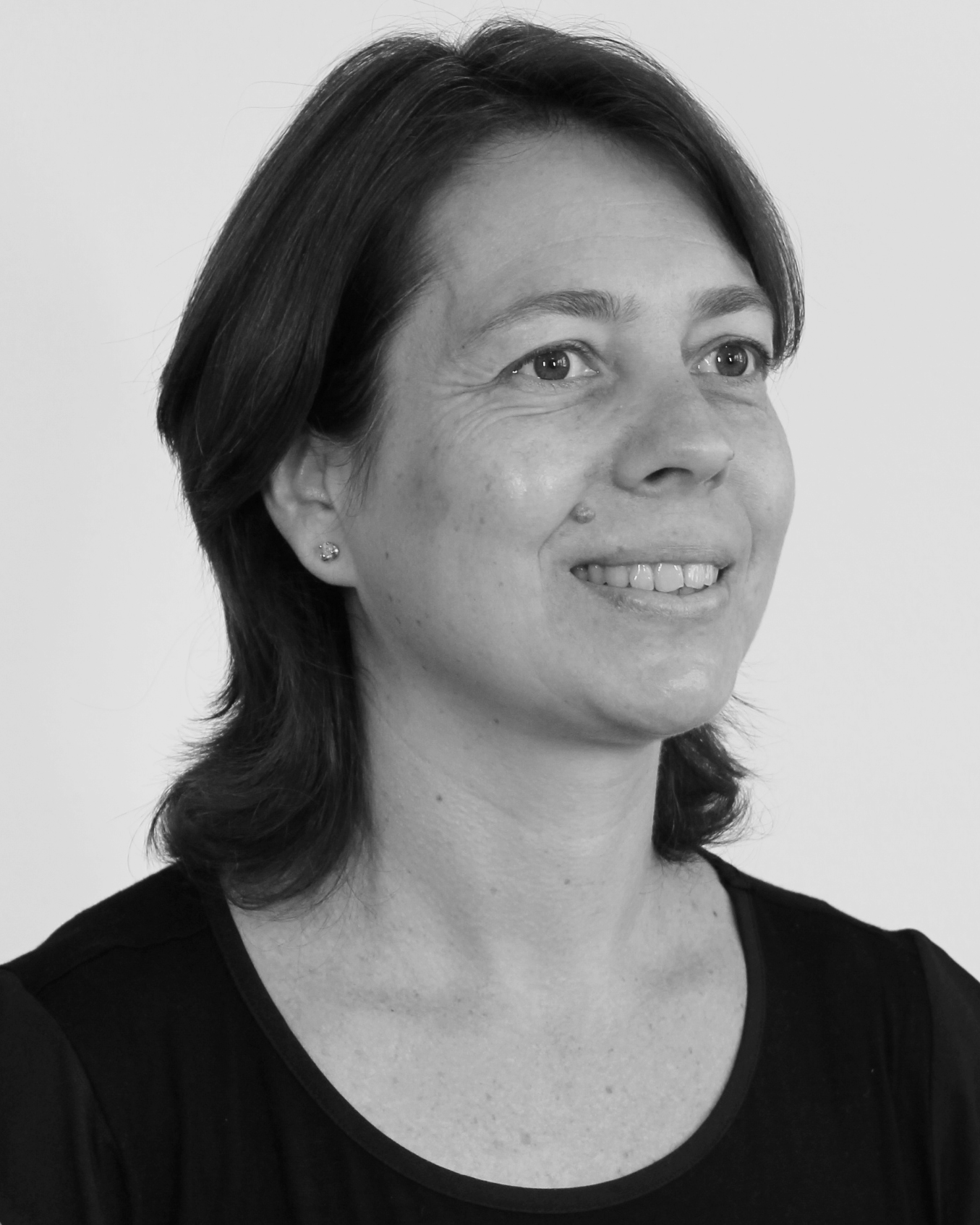 Patricia Lempereur has been with SpineGuard since its inception in 2009. She is the Director, International Sales and Marketing.

Patricia has over 20 years of experience in the industry, including 19 years in spine. After beginning her career as Head of mission in charge of CRAFT project at ANRT, she has held various positions in the marketing departments at SpineVision and Medicrea.

Thibault Chandanson brings has more than 10 years of R&D experience in the Spine Industry. Thibault has been through various R&D positions with increasing responsibilities; first as a Bio-engineer and Project Leader for DePuy Spine, he then joined SpineGuard in 2016 as a Senior Project Leader and finally became Head of R&D since 2018. Over the course of his career, he led the development of various products available on the market today such as pedicle screws, facet screws, navigated or powered instrumentation and more recently innovative electro-medical devices. Thibault has a Master Degree in Mechanical Engineering and Design from the University of Belfort-Montbeliard, France.

Laurence (Laury) Croter has over 31 years of experience in the finance and management sectors of both corporate and private ventures. While attending university, she began her journey in finance as a bookkeeper for both CPA and law firms. She continued on to hold positions of Director of Operations, Controller, and Assistant Director of Finance in the industries of Wine, Accounting, Mortgage, Special Events and Private Education.

Before coming to SpineGuard in 2013, Laury was the owner of a bookkeeping firm specializing in Forensic and Reparative Accounting for 15 years. She received her undergraduate degree from San Francisco State University and has her master’s degree in Neuro-Linguistic Programming.

Steve McAdoo joined SpineGuard in January 2016 as Vice President of Business Development with the global responsibility for driving industry partnerships to further leverage the company’s core technology, Dynamic Surgical Guidance; deploy new applications and initiate new revenue streams. Steve has over 30 years of global marketing, sales management and business development experience in the medical device industry, including spine, general orthopedics, trauma, cardio-vascular and urology. Over the course of his career, he has held roles in large corporations such as Medtronic, Smith & Nephew, and Biomet as well as in start-up companies like Danek Medical, Cerapedics, and SURx.

Yannis Zoughailech joined SpineGuard in January 2019. He holds the position of Director of Quality and Regulatory Affairs.

Yannis is a biologist by training and holds a master’s degree in biomedicine, specialising in vigilance and safety of health products from the University of Paris (formerly Paris Descartes University).

M
We use cookies to ensure that we give you the best experience on our website. If you continue to use this site we will assume that you are happy with it.Ok